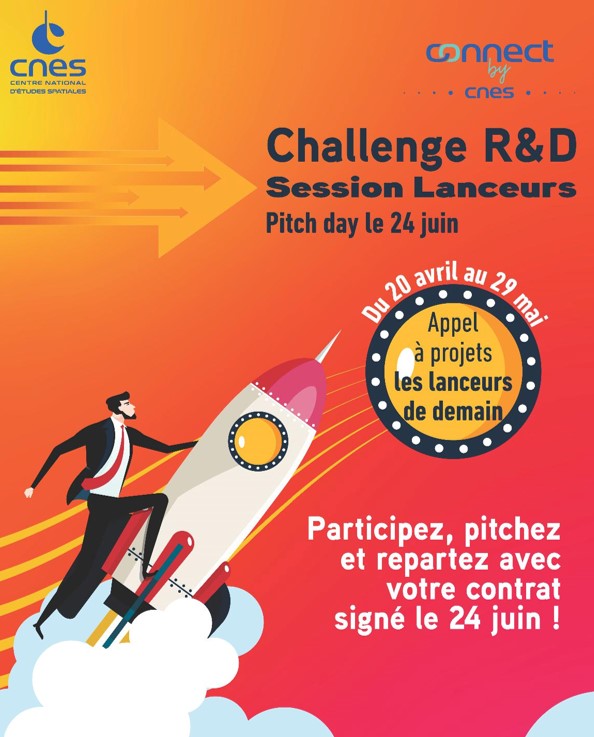 Within the scope of the CNES Challenge for future space launchers, POSITHÔT has demonstrated the capability of positron analysis to highlight the early stages of damage on an alloy used in space engines. The positron analysis has shown the differences between different levels of fatigue stress, and characterized the depth of the damage generated. The measurements made characterise the evolution of the dislocation density in the material, the sensitivity of the positron analysis being subnanometric.

The figure shows the evolution of the surface defects appearing in the first 75 nanometers of matter, the density of which is almost independent of the level of stress, on the one hand, and the increase in the density of defects in depth, which appear for stress levels greater than 50% of the conventional yield strength, on the other hand. Accessing information at this level of resolution with a nondestructive mean is a breakthrough for the future of nondestructive testing. 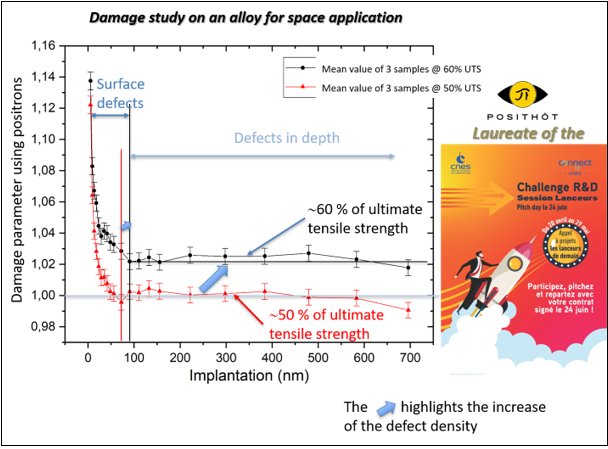